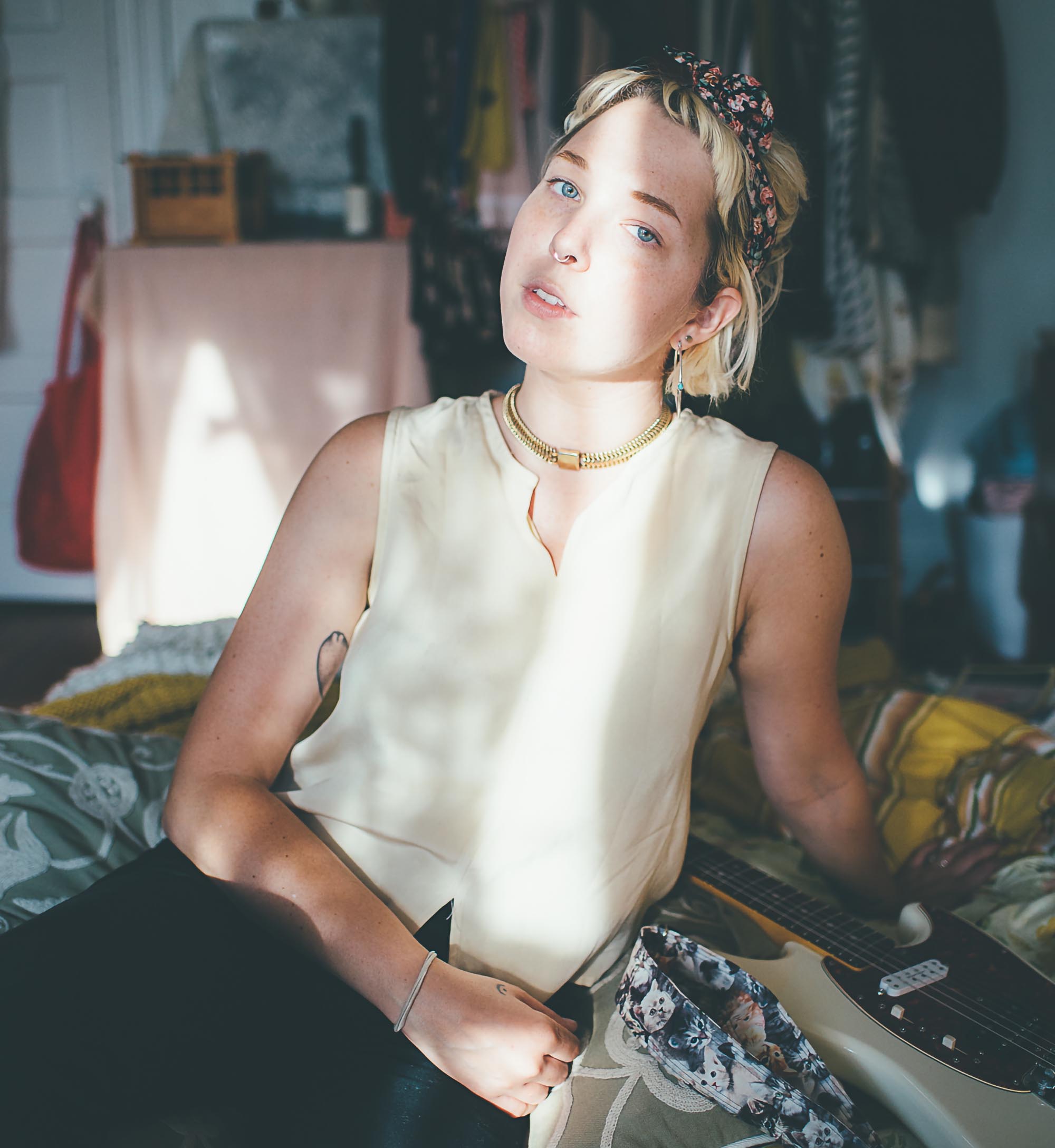 “Glasser’s firm and cautious voice tells of all sorts of troubles, simply in its tone, let alone the contents of the lyrics. There’s a clear hurt behind everything, manifesting itself in the haze and sludge of a fuzz pedal, flirting with the brink of total collapse, but never fully reaching it. It never overflows, it never bursts. She has the means and the materials (and the clear cause) for fury, but she refrains, constantly crescendoing and tapering off, letting go. It’s a most mature approach to melancholy.”

Amanda Glasser is a Baltimore singer-songwriter who aims to shine a light on the difficulties surrounding trauma, love and fighting to be heard. Her writing is compulsive: songs spill out in a stream of consciousness, and sensitive guitar playing and impeccably controlled vocals carry the weight of lyrics dense with metaphor and raw feeling.

Glasser has three albums and an EP under her belt, but has so far shared them almost exclusively with attendees of her live shows, in which she manages to create a quiet intimacy no matter the setting. She has performed in a number of contexts, from completely acoustic, to electronic to full band.

In 2018 Glasser finds herself ready to share her songs more widely: September will see the first public release of her full-length album, Caelesti Radio, via Brooklyn/LA cassette label Never Content. The record, which finds Glasser playing everything from cello to a sample of her own heartbeat, forms an emotional arc buoyed by diverse arrangements and performances reminiscent of Elliott Smith, My Bloody Valentine, and Joni Mitchell.

Want to know a secret? Enter your name and email, and we’ll send you the latest news, deals and inside info directly to your inbox.
weeks
2
3
days
0
3
hours
1
2
minutes
1
8
seconds
2
5