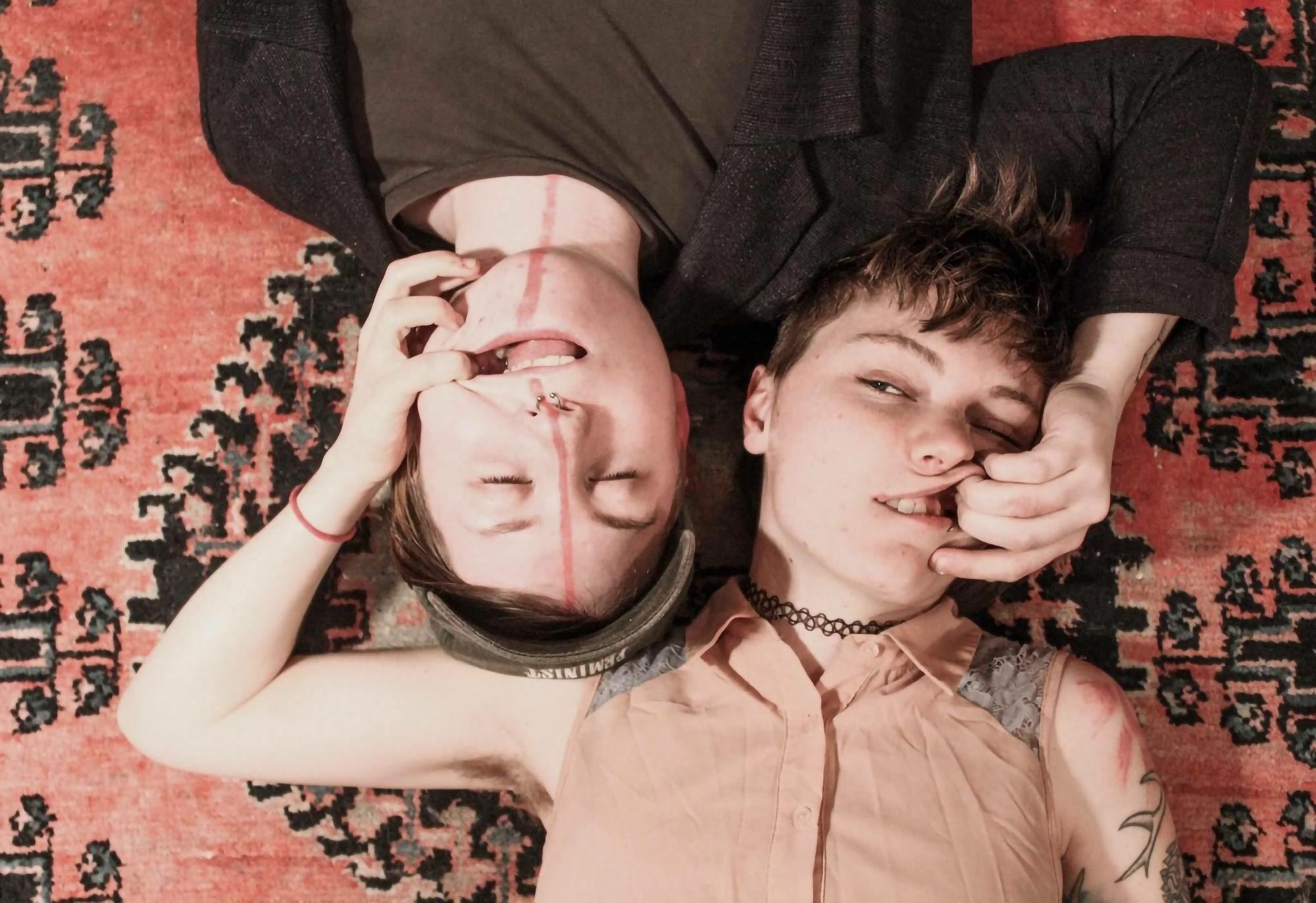 Made up of guitarist/singer Rej Forester and drummer Karen Ledford, the self-proclaimed “Kentucky-fired queerdos” met in August of 2017 when Karen saw Rej performing GRLwood as a solo project. Since then, the duo have been playing nonstop and have formed a strong following in their hometown of Louisville, Kentucky. They have been praised for the community they’ve cultivated, their explosive live performances, and most of all for their fearless and tireless gusto when it comes to dismantling the patriarchy and other toxic heteronormative ideologies through their music. GRLwood has been featured by the likes of Billboard, NPR, AV Club, BTRtoday, Nylon Magazine, Wussy Mag, and many more.