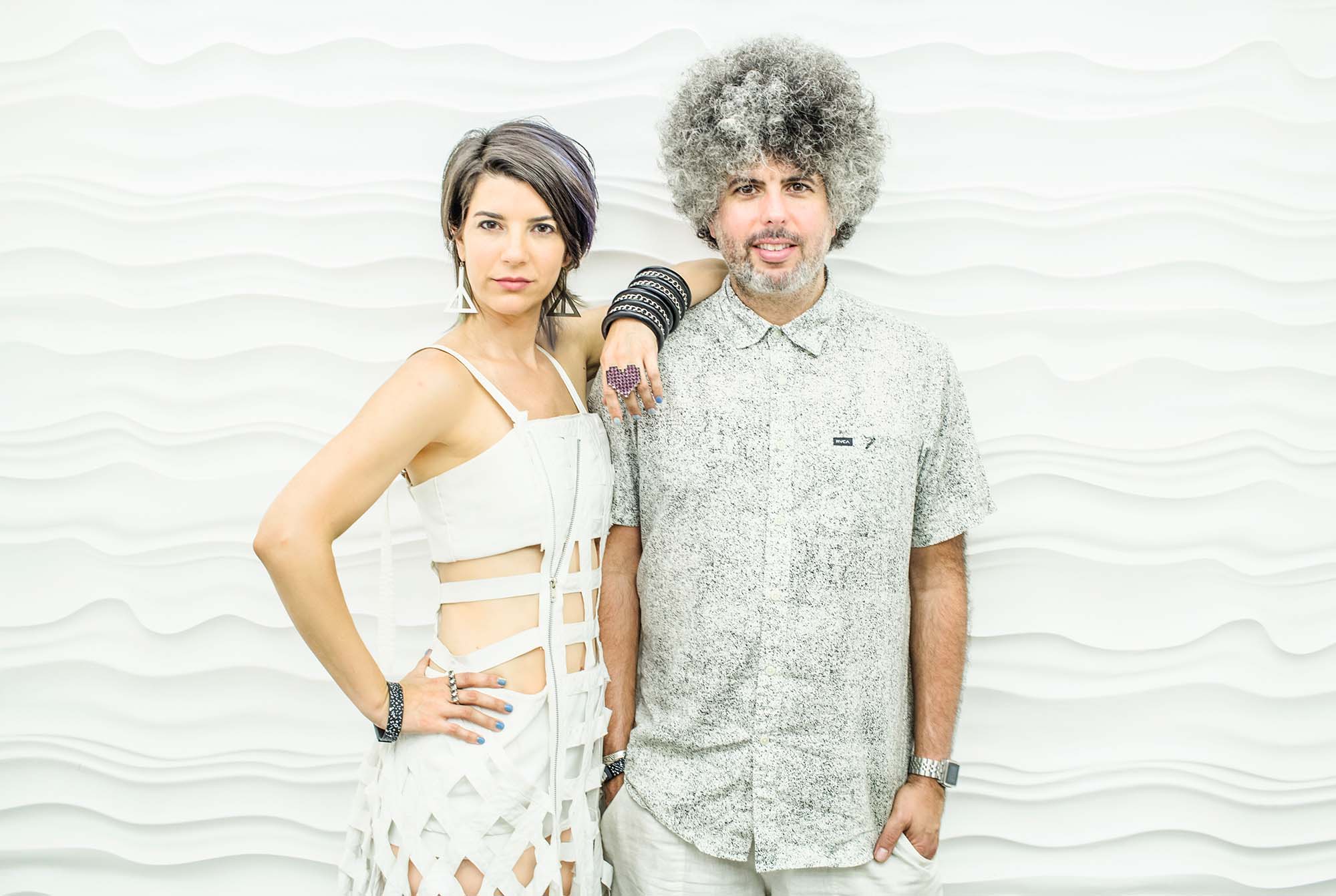 “With their dance-a-licious beats, Afrobeta’s songs are classic yet modern, underground yet Billboard chart-friendly. It wouldn’t be surprising to find Afrobeta writing songs for Madonna or even M.I.A. For now, Miami is lucky to have them on a regular basis; they’re a match in disco-house heaven.”

There are few names as recognizable and well received in the Miami music scene as Afrobeta, instantly lighting up the eyes and ears of those who hear it. With a genuine love for performance, the electro-pop duo have become a staple on EDM stages around the world, whose tracks “Land of Lost Lovers” and “Play House” have found their way onto the Sirius XM Electric Area and UMF Sirius XM BPM airwaves with ease. Their latest venture, Dream About You is a break into a dream-like world that still nods to the sharp electronic roots they have so eloquently shaped.

Bred from the melting pot of culture in Miami’s streets, the duo of Cuci Amador and Tony “Smurphio” Laurencio fuse electronic production with the romance of an open mind. Afrobeta is the antithesis of an inside joke; their infectious beats form an effortless blend of quirk and skill that invites even the most reluctant of on-listeners into a world where color and fun roam free – a universal message that requires no interpreter.

Their latest album, Dream About You is sure to be another perfect marriage of honest artistry. Afrobeta’s music has been orchestrated by the Nu-Deco Ensemble, with live songs off the new album being performed alongside a 25-piece orchestra. Tracks like “Clones”, “36 Trap”, and the titular single are slated to quench even the thirstiest eardrums. With a quick wit and powerful persona, Cuci’s vocals pierce the soul while Smurphio’s production remains unparalleled.

Before Dream About You, Wig Party climbed itself to #8 on the CMJ chart amongst Bassnectar, Grimes, Simian Mobile Disco, and other members of EDM royalty. The Afrobeta name may be small, but the duo’s stage presence has empowered audiences at Ultra Music Festival, the Identity Festival tour in 2011, Glastonbury, Space Ibiza, UMF Brazil and Korea; with tracks like “As Long as You Like”, “Do You Party?,” and “Clones” finding their way onto popular TV broadcasts on Secret Circle, Cougartown, and Jersey Shore Massacre respectively.