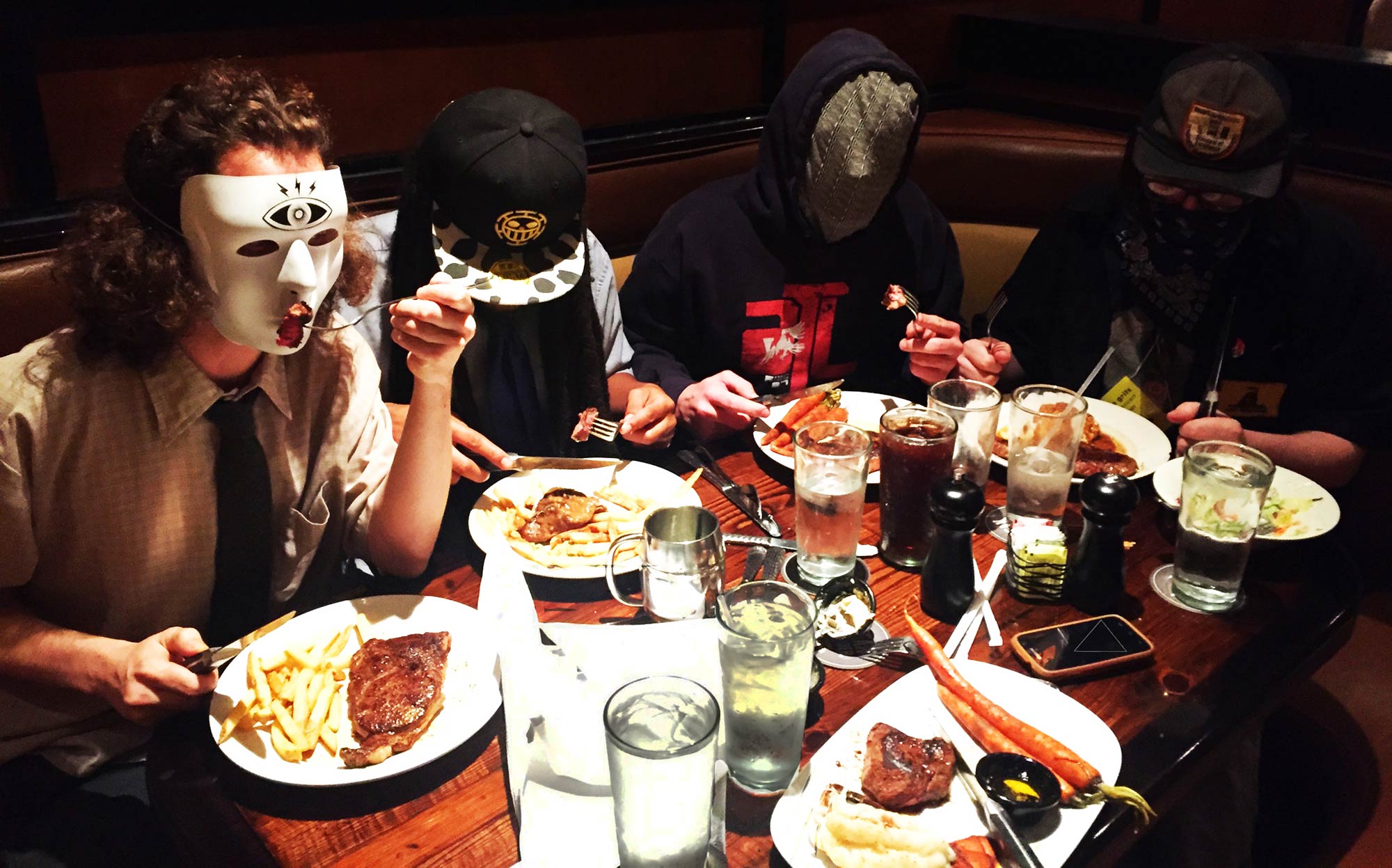 “[A] masterpiece of beat construction, with Conspiracy pushing his classic booming drums and triumphant horns through a gritty, psychedelic filter, but DT has rarely sounded as rugged as he does here; his lyrical barrage is menacing.”

There are many planes of consciousness, but in the one that we call the here and the now, The Difference Machine are a psychedelic hip-hop group from Atlanta, Georgia. Since 2011, they’ve been at the vanguard of the city’s underground scene, creating gritty, mind-expanding anthems that explore the unifying lines between conscious rap and abstract soundscapes, the dividing wall between the blood-stained realities of twenty-first century urban America and the sublime mysticism of an opaque universe.

The group’s latest sonic attack, The 4th Side of the Eternal Triangle, bumps and soars, breathing additional fire and compositional daring into their already formidable style. Your guide on this stark metaphysical journey is rapper Dustin Teague whose scathing cultural surveys and dimensional truths help give shape to producer Dr. Conspiracy’s warped beats and nuclear mystical trash alchemy. Rounding out the group’s songwriting core is longtime drummer Radley Fricker and DJ Obeah who handles most of the cuts on the record. Meanwhile, Cyrus Shahmir, formerly of psych rock cosmonauts the N.E.C., was recruited to conjure his hallucinogenic atmospheres and shamanistic vibes on guitar and keys. The result of this collaborative effort is a more expansive sound architecture layered in primal energy and head-swimming celestial sophistication.

Having spent the last few years smashing stages all over the U.S. alongside Run the Jewels, Homeboy Sandman, Ghostface Killah & Adrian Younge, Deltron 3030, Shabazz Palaces, Chuck D, and fellow Atlanta rebel rousers the Black Lips, the Difference Machine find themselves well-prepared — mentally, emotionally, spiritually — for this moment. Boasting a dozen genre-bending tracks and a string of guests that includes Homeboy Sandman, Curtis Harding, Stacy Epps, and Paten Locke, this is undoubtedly the group’s defining work to date. Both visceral and cerebral, the album is as much a clenched fist to those who would practice hate and intolerance as it is an outstretched hand to those willing to embrace our universal connectedness and the power of the transcendental. In a music culture dominated and defined by an ever-uniforming sameness, The Difference Machine remains a middle finger to the demons of comfort and complacency. This is the stuff of dreams and nightmares, a dynamic and evolutive vibration drifting through the abyss of space. There are many planes of consciousness, but few that feel this urgent and profoundly radiant. Listen with care.