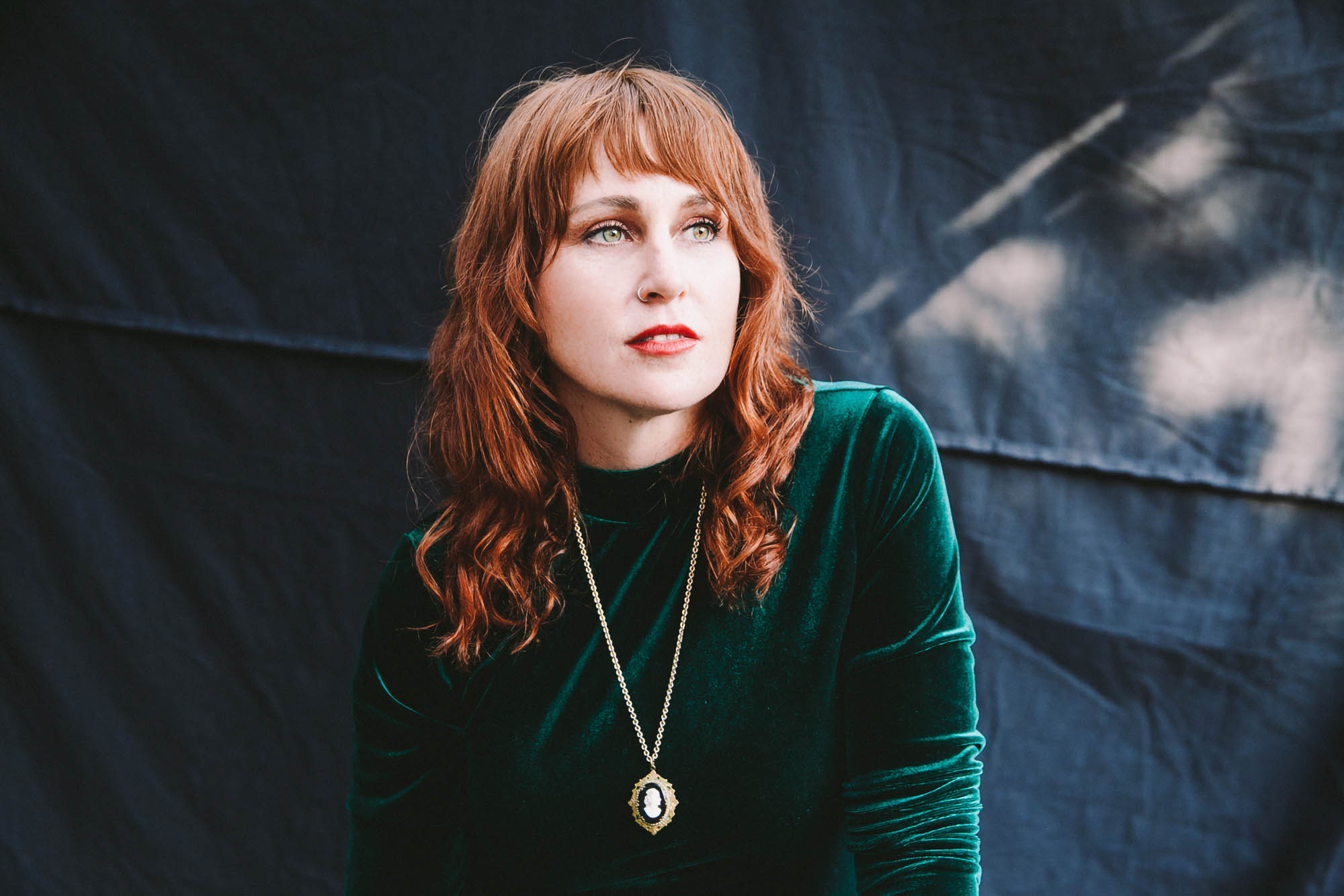 Ruby Boots - Don't Talk About It

“Boots worked with both Nikki Lane (a close friend of hers) and Beau Bedford (of the Texas Gentlemen) on this record to create a sound that honestly hits the nail on the head in terms of what modern country and Americana audiences are searching for in today’s releases.”

At 14 years old, Ruby Boots—real name Bex Chilcott—left a conflicted home in Perth, Western Australia to do grueling work on pearling boats, and she hasn’t stopped migrating since. Her nomadic streak has taken her around the world, and eventually to Nashville, TN.

Don’t Talk About It charts this drifter’s odyssey, tattered passport in hand. Behind her commanding and versatile voice, sharp guitar playing, and adept songwriting, Ruby Boots confidently maneuvers past the whirlwinds life has tossed on her occasionally lost highway. It’s an album of hope, breakthrough, and handling the unknown challenges around the next bend.

The roads taken, the miles traveled and the voices heard during Ruby’s life’s trek resonate throughout Don’t Talk About It. Informed as much by the wide-open landscapes of her homeland as the intimate writing circles of Nashville, the album may range far and wide but always maintains a firm sense of place. Echoes of first wave UK power pop and jangly punk intersect with the every(wo)man indie and pop-inflected muscle of Best Coast. Classic rock touchstones from T. Rex to the girl group Wall of Sound to personal hero Tom Petty meld with a weary poet’s eye recalling Hope Sandoval.

On her Bloodshot Records debut, Ruby continues to map out a polished-yet-fearless, bare-knuckled self, previously hinted at on her last album, Solitude. In 2016, Ruby met with Lone Star State-bred studio wizards The Texas Gentlemen and the album’s eventual producer Beau Bedford. The group had stopped off in Nashville on their way to back Kris Kristofferson at Newport Folk Festival and a mutual admiration society quickly coalesced. The collective pulled a handful of songs from the 40 she had waiting and began recording at their Dallas-based studio Modern Electric Sound Recorders.

The album rips right open with “It’s So Cruel,” strutting through the door with dual harmonic, bawdy, fuzzed-out guitars, reminiscent of a glammy, ‘70s southern-rock-soaked Queens of the Stone Age. It all captures the meteoric emotional flares of an adulterous relationship destined to fail. The Gentlemen spell a Stetson-hat wearing Wrecking Crew as they lay down dusty gothic vibes in the Nikki Lane co-written “I’ll Make It Through,” building towards a crescendoing, persevering, bright chorus. (Lane also sings background vocals on the album’s title track.) On “Believe in Heaven,” doo-wop beats, dark choral echoes, and a plucked string section lead into ZZ Top full-bodied rawk riffage.

But the most defining of tones come through in spirit, when on the a capella “I Am A Woman” Ruby reaches towering vocal peaks, shredding raw, putting it all out there. The song could be a traditional spiritual, as she belts: “I am a believer / Standing strong by your side / I’m the hand to hold onto / When it’s too hard to try… I am a woman / Do you know what that means / You lay it all on the line / When you lay down with me.”

Of the song Chilcott says, “‘I Am a Woman’ was conjured up amid recent events where men have spoken about, and treated women’s bodies, the way no man, or woman, should. This kind of treatment toward another human being makes every nerve in my body scream. These kinds of incidents are so ingrained in our culture and are swept under the carpet at every turn—it needs to change. As tempting as it was to just write an angry tirade I wanted to respond with integrity, so I sat with my feelings and this song emerged as a celebration of women and womanhood, of our strength and our vulnerability, all we encompass and our inner beauty, countering ignorance and vulgarity with honesty and pride and without being exclusionary to any man or woman. My hope is that we come together on this long drawn out journey. The song is the backbone to the album for me.”

Don’t Talk About It smoulders with a fighting spirit and pulls influence and experience—both musically, emotionally, and beyond—from many pins in the map, but is 10 songs harbored in the singularity that is Ruby Boots.

Want to know a secret? Enter your name and email, and we’ll send you the latest news, deals and inside info directly to your inbox.
weeks
2
3
days
0
3
hours
1
3
minutes
0
2
seconds
1
8