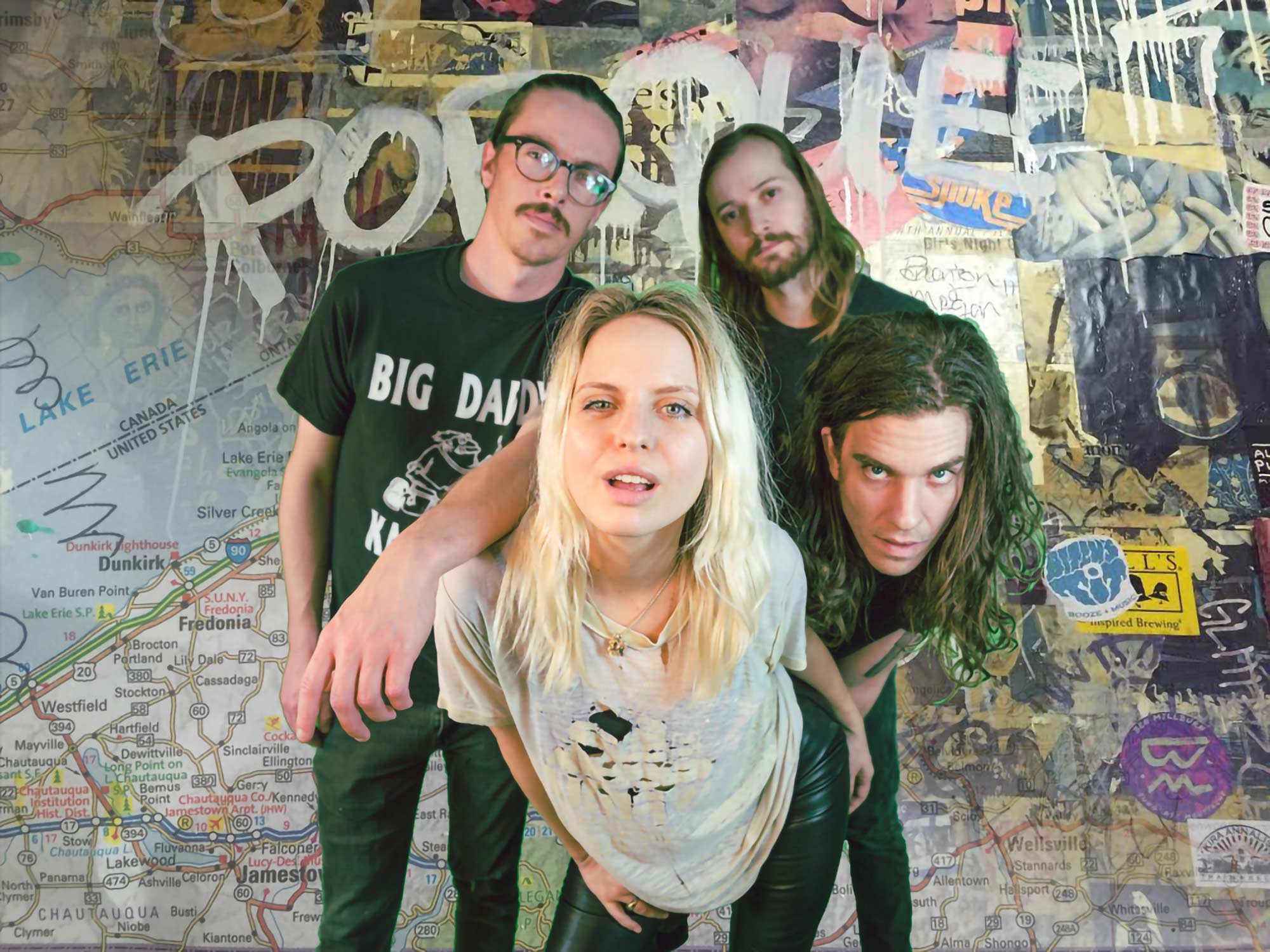 “If Bully is Nashville’s answer to the revival wave of early ’90s grunge, Reality Something is what comes after — Veruca Salt harmonies and Smashing Pumpkins distortion, but in a distinctly Reality Something package.”

A new band from Nashville’s coolest indie label Infinity Cat Records — Reality Something’s debut album Life Noise is a record that came from a very dark, isolating time. When she was 23, vocalist/guitarist Elena Franklin started having a creeping suspicion that she hated the life that she’d built, so she dropped everything and moved to Nashville, where she knew a literal handful of people. Of course, being Nashville, they were all in bands and always on tour, leaving her to start a new life by herself. Luckily for all of us, she was surrounded by guitars, taught herself how to play, and formed the band that No Country for New Nashville called “one of the brightest torch bearers in the local rock scene”.

Raw emotions like “I am a chewed up piece of meat” and “our love is an open sore” and “I can sleep much easier with your teeth around my neck” ring clear in a definite Liz Phair/Fiona Apple confessional alt-rock vibe. But Elena is just as much influenced by poetry and art as she is by music — with influences from Kerouac to Patti Smith to Jim Carroll to Jackson Pollack to Sheryl Crow. Though the production is clean and definitely not lo-fi, you can still feel the DIY intimacy of their self-released and self-titled debut EP (Praised by Jezebel and featured on MTV), thanks to guitarist/producer Kingsley Brock (formerly of Turbo Fruits), who recorded the album at home in a studio he built.

More than anything, Life Noise is about creating something out of feeling like nothing. It’s filled with vulnerable, sometimes ugly and self-hating feelings but it’s never overpowered by negativity. Instead, you can hear the relief that comes from breaking through your worst times and coming out feeling stronger than ever.