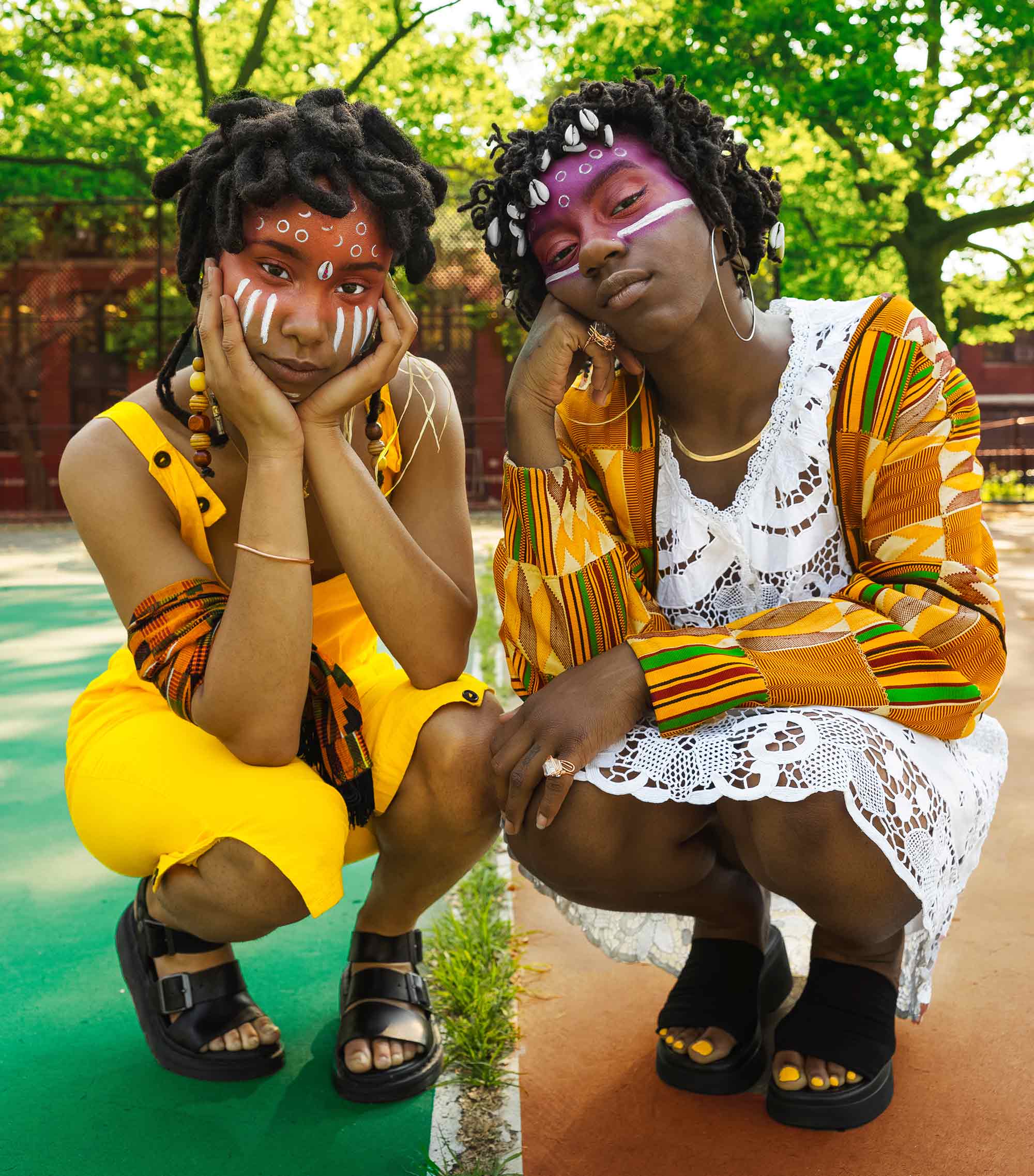 “The unity OSHUN possesses is…reflected in their music. Niambi’s fast-punching lyricism weaves in and out of Thandi’s smooth, honey-like harmonies, creating something that neither one of them could have formed without the other…Over subtle melodies that give a sense of steady calm, they expound upon current events, knowing your history, and the triumphs and tribulations of being young Black women growing up in today’s society.”

OSHUN is an independent Hip-Hop / Soul duo and the sonic manifestation of Afrofuturism. Using digital and acoustic sounds, heavy drums and bass, and ambient harmonic textures, OSHUN connects with the spirit of their ancestors to manifest a sweeter tomorrow for us all. Since the release of their debut mixtape ASASE YAA in 2015, OSHUN has amassed a social following of over 150k people between Youtube, Instagram, and Facebook alone. They’ve been recognized by media heavy hitters such as Rolling Stone, The FADER, Viceland, Huffington Post, NPR, Essence, and Vogue (just to name a few). They’ve also performed throughout the U.S. and Brazil all while remaining full-time college students at NYU. It’s been a wonderful journey and now that these young goddesses have graduated college, they are transitioning into the next phase of manifesting their purpose. OSHUN is preparing for the release of their debut album series “bittersweet”, complete with captivating visuals, a 2 month long tour of the US & Canada, and a deeper look into their ever-evolving selves.