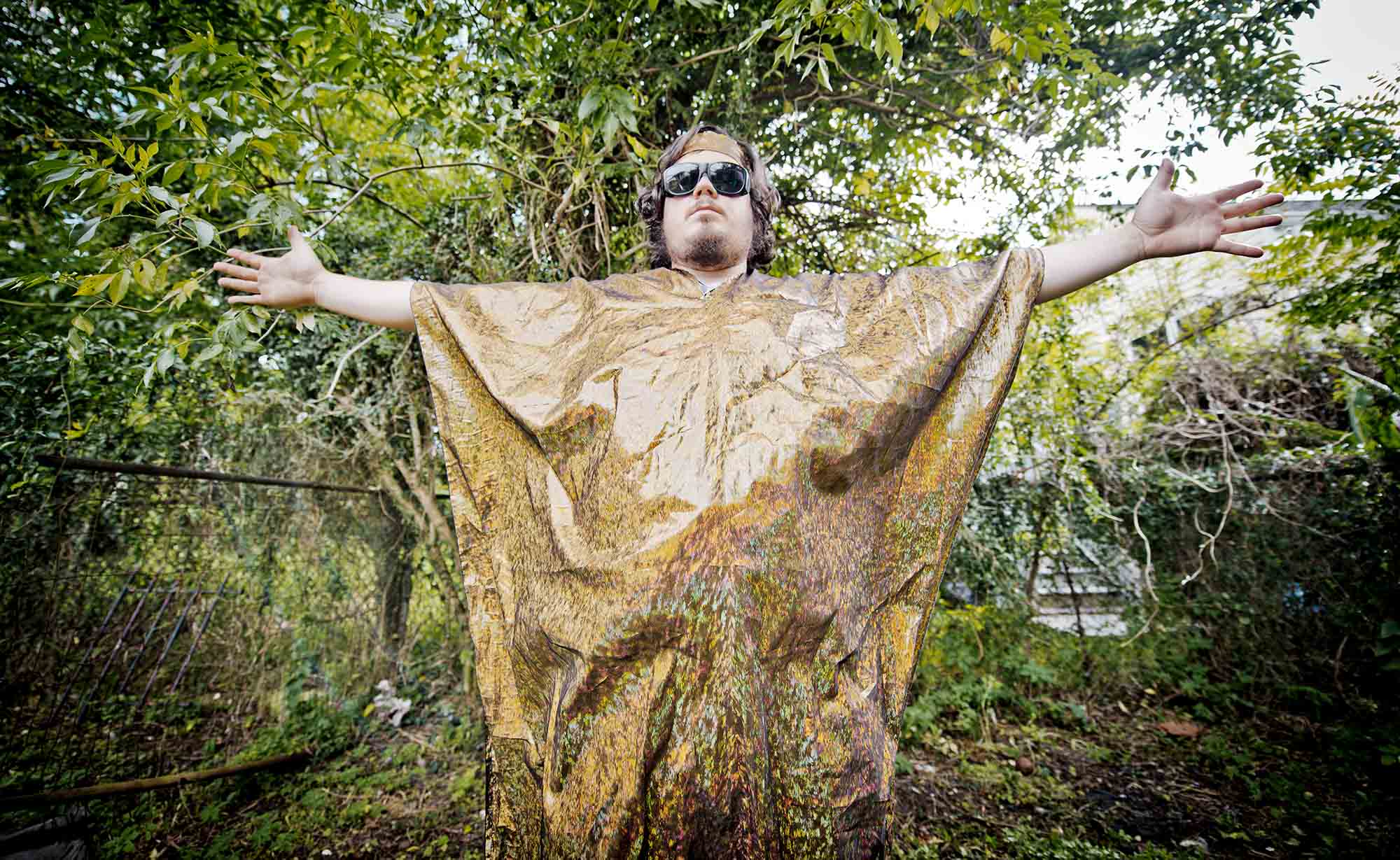 “Using vintage keyboard rigs (“no soft synths were used in these recordings,” he pointedly says on his Bandcamp), vocoders, and arpeggiators, he departs from the same sci-fi sounds that made S U R V I V E famous. But while that group of Austinites found a way to spin those dated sounds into the modern day with a slick and menacing confidence, BÊNNÍ’s sound is swampier, dirtier; you get the sense that there’s duct-tape residue on a lot of his gear.”

Hailing from an H-class planet far across the cosmic highways, BÊNNÍ is “hi NRG New Age” music. A pivotal member of bands Wizzard Sleeve/Gary Wrong Group, Heavy Lids, Roman Gabriel Todd’s BRUOOTS and many more, BÊNNÍ was born with a personal need for new music to listen to while driving his space craft long distances. Tired of listening to Van Halen’s “5150” and Zebra’s self titled album on his journeys, he began creating sci-fi landscapes and ethereal soundtracks of his own. Often times primitive, BÊNNÍ’s music ranges from Vangelis to John Carpenter to 80s dungeon electro band Warning and into vintage arcade game circuitry with the blink of an eye.