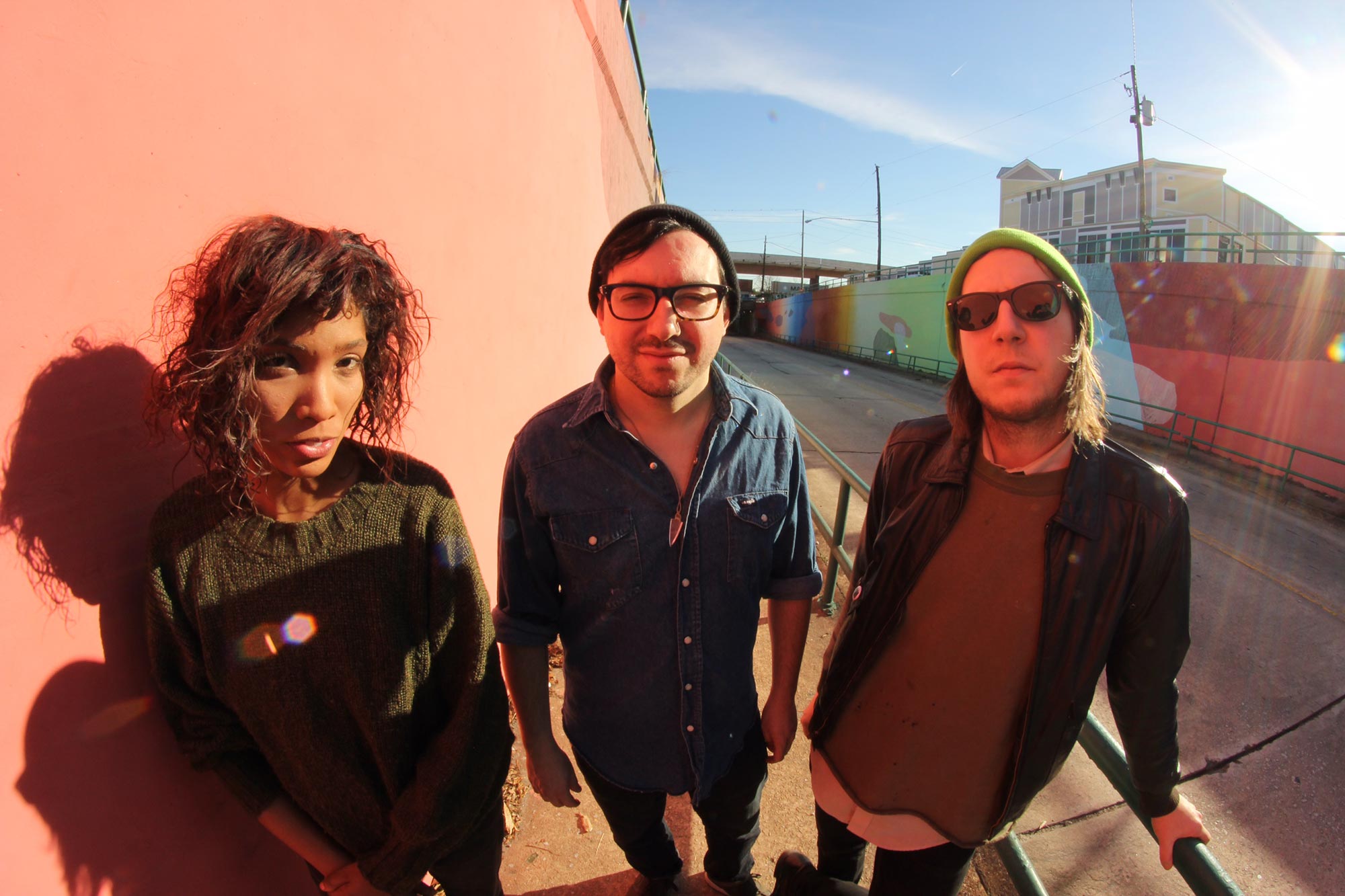 “A lethal dose of fuzzed-out reverb over steady grooves that balance soul, Southern rock, and mind-bending reverb and distortion.”

Atlanta trio A Drug Called Tradition was formed in late 2014, after a brief interim following the dissolution of the long-running heavy psych outfit Abby Gogo. Singer/guitarist Bon Allinson took some time to experiment, bringing together elements of psych, shoegaze, soul, and rock ‘n’ roll — and with that, a new sound was born.

Based in Atlanta, the band is comprised of Bon Allinson (vocals/guitar), Asha Lakra (vocals/bass), and Puma Navarro (drums). The trio debuted with its Medicine Music LP via Psych Army Intergalactic in July 2017. They recorded the album in Water Valley, Mississippi with producer Matt Patton (Drive-By Truckers, Dexateens) and engineer Bronson Tew at Dial Back Sound. The album was well-received in Atlanta and beyond, gaining traction at live shows and in the press. Tracks from Medicine Music were premiered in Stomp and Stammer and New Noise, and the album was ranked number 19 in Creative Loafing‘s Top 30 Albums of the Year.

ADCT has since shared a stage with acts such as Matt Hollywood of Brian Jonestown Massacre, Lee Bains III & the Glory Fires, and Acid Mothers Temple. The trio appeared in the second annual Project Pabst Festival in October 2017, alongside the notorious Iggy Pop as well as Peaches and Dinosaur, Jr. The group played Far Out Nashville in May 2018.