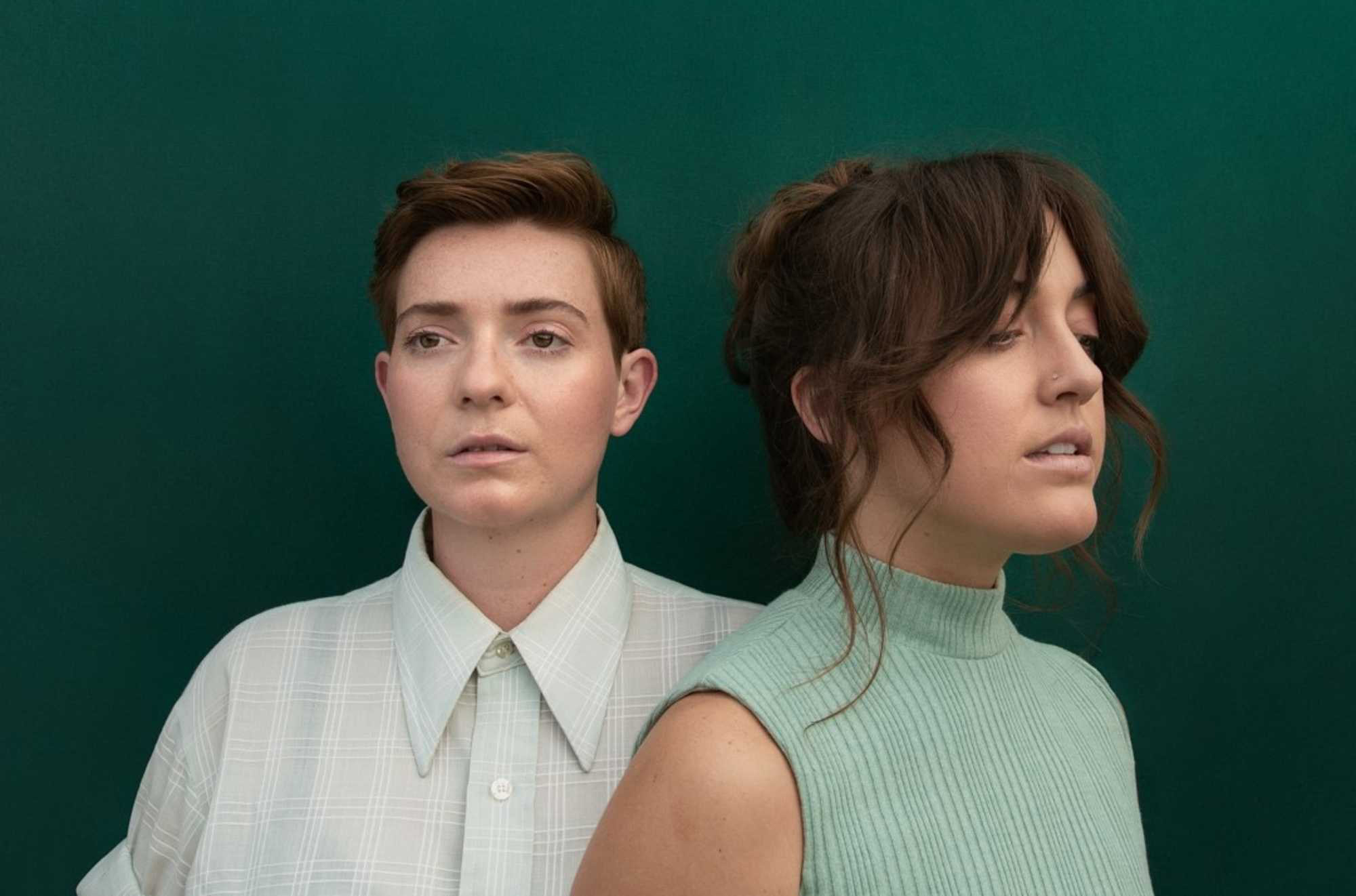 The Harmeleighs — Anthem for the Weak

The Harmaleighs have crafted a sophomore record that exists beyond the boundaries of any one genre. At times, the album is loud and tenacious while other moments require a more vulnerable cadence. It’s a new path for the Nashville pair, but it remains rooted in their respective roles. Haley Grant who takes on lead vocals and guitar, often pushes melodies to a more raw and tender edge while Kaylee Jasperson, on bass and backup vocals, guides the heartbeat and overall structure of the music.

Past versions of the band have been sparser, but the group’s newest album calls for a bigger backing. The record, titled She Won’t Make Sense explores new territory in sound and subject matter. The latter deals directly with Haley’s mental health, documenting the many forms depression can take. Opening tune, “Anthem for the Weak” introduces Haley’s anxiety, which she named Susan. It’s a preview of what’s to come, as the record continues like a conversation between the two. “The whole album is me talking to Susan or Susan acting on my behalf,” says Haley. “It’s that dialogue with your inner self and how at times it feels like that inner voice has more control over you than you do.” Musically, the track opens with a Wurlitzer-esque melody that feels bright yet disconcerting. That kind of juxtaposition is found throughout the entire arc of the record, and is something the two intentionally played with: “We definitely wanted the musical aspect of it to make you feel anxious.”

What comes next is the lead single for the record and one of the more powerful tracks on the album. With a pulsing rhythm, “Sorry, I’m Busy” drives into the listener an impending sense that a tipping point is near. The dialogue between Haley and Susan is on full display with lyrics like, “You’re holding my breath, making me red, I want to go to bed, is it night yet? Cancel the plans, they’ll understand, until they don’t understand.” It is a full on rock song, but the more hushed moments before the big drops are a reminder of The Harmaleigh’s dynamic range.

Musically, The Harmaleighs have evolved from their acoustic beginnings, bringing in synths, strings and an overall heavier sound to parallel the emotional weight behind the album. “We use to tour just the two of us, and do more of an acoustic thing,” says Kaylee. “We’re going to lean more towards a full band with a bigger sound.” It’s a natural progression for a band to experiment, but Haley and Kaylee attribute much of their transformation to producer (and Lucius drummer) Dan Molad. Kaylee describes working with Molad as “amazing” and you can hear throughout the record the many ways that both Haley and Kaylee pushed the confines of their instruments and aesthetic. Many of the tracks contain an almost vintage, horror pop quality and this is no better displayed than on “Don’t Panic.” Driven almost entirely by a retro sounding synth, the tracks feels both spacious and distressing with lines like “I’m biting my nails till they bleed, as I’m watching my love sleep comfortably.” It is beautiful and eerily dissonant, and requires more than one listen to fully absorb.

At the heart of the record, is the act of letting go and most poignantly addressed in album closer “I Don’t Know Myself.” It asks a bigger question about whether the darkest parts of ourselves are vital to who we are. Haley describes seeking treatment and the prescriptions that followed. “As I started taking all of this stuff, it was like all of the parts of my personality that I really enjoyed, were no longer there. I didn’t feel creative, I wasn’t dreaming. So when I wrote that last song, it was like do I need this aspect that makes my life so difficult but also so rewarding, or do I let that go and live more peacefully? It’s still an openended question.”

It’s one of many questions the duo wants to address with their audience. Known for their stage banter, the two hope they can open up a larger conversation about mental health. “It’s important for us to explain a lot of this, especially with this topic,” Kaylee says. “It’s something that a lot of people deal with but not a lot of people talk about. We want to make sure that when you come to our show, we talk about these things and it’s open. We want everyone to feel like they all belong. This happens and we’re going to shed some light on it.”

She Won’t Make Sense is out August 2 (2019) and signals a real period of growth and evolution for The Harmaleighs. Relationships ended, a bigger sound was discovered and ultimately, the album reaches a more nuanced level of emotional depth. Requiring a remarkable amount of openness from both Haley and Kaylee, the two have started a new conversation with their audience — for all of the unease the album transmits, a sense of resilience shines through, even in the most vulnerable of moments.