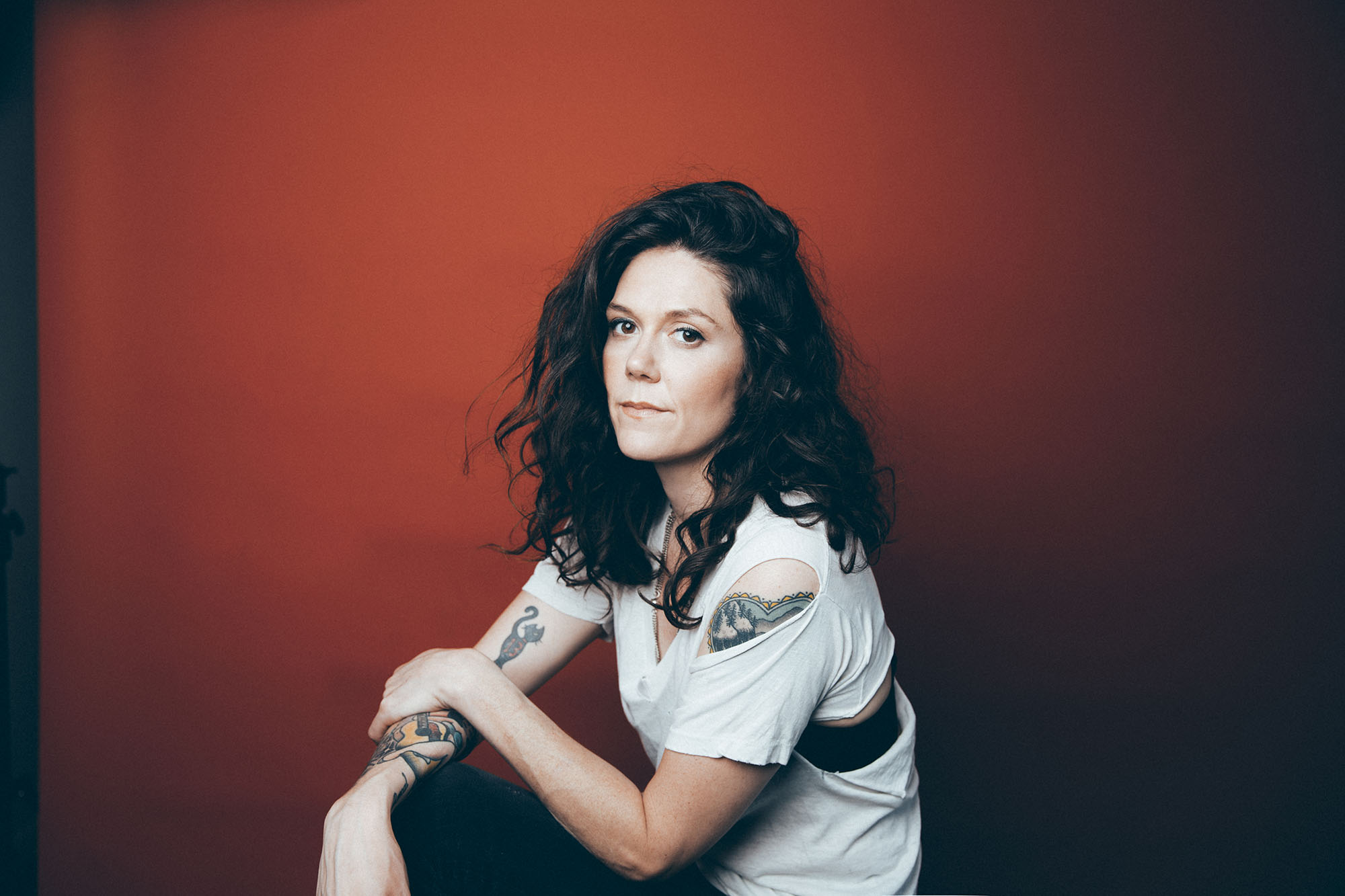 “With a tremendous amount of swagger, [Hiatt] wields her guitar like a weapon while that distinctly southern accent of hers delivers vocal melodies that are in turns deep, bluesy, fearless and sweet.”

— The Line Of Best Fit

Trinity Lane isn’t all an expression of anger, but it is an emotional, honest confrontation of Hiatt’s feelings and her past, like how she’s processed her mother’s suicide over the years. Hiatt lost her mom when she was just one year old and was raised by her father, John Hiatt, and his wife Nancy, struggling her whole childhood and adult life thus far with how to process that resentment and grief. And it’s a chronicle of overcoming heartbreak and addiction: “Different, I Guess” is a slow folk ode to losing love, and “Imposter” is about the difficulties her father faced raising his daughter, and the sparks of her mother that still shine through.

“I’ve been thinking a lot about my dad and the strength it took him to keep me going and to bring me to Nashville,” she says about “Imposter.” “Just to keep us together and keep us going, that’s always meant a lot to me. For a long time I felt pretty angry with my mother. But through maturation, I feel like I understand her more these days.”

“She’s never coming back, I think we both know that,” sings Hiatt before cooing with her steady twang, “I count on you.” It’s an incredibly vulnerable and intimate family diary, but never at the expense of a rich and stirring melody perfectly in tune with the modern pulse of Americana. It’s an offering of sonic salvation that Hiatt hopes will do as much for the listener as it has done for her own personal healing.

“It’s really cool to be honest with yourself,” she says. “When I have a clear head and a peaceful mind, that process of looking back at things is so much easier. It’s a very empowering feeling. It has literally saved my soul, songwriting. I would not be here without that and without that outlet of writing.”

The songs on Trinity Lane have even helped Hiatt process things like the death of David Bowie, which functions as a metaphor for a lost lover. On the heavily nineties-tinged “The Night David Bowie Died,” she bids farewell to a relationship and to a musical genius while also evoking Veruca Salt-style vocals and guitars. It was a track written entirely in one stream-of-consciousness, where Hiatt didn’t edit or write anything down – she just sang and played. “That was David Bowie’s little gift to me,” she says with a laugh.

Trinity Lane is full of gifts and full of guts – an album that is a healing process and a road map forward, filled with Hiatt’s wildly expressive approach to songwriting and stark, honest lyrics. To get there, she finally had to put her faith into something she couldn’t see. But to hear that  journey, all you have to do is listen.