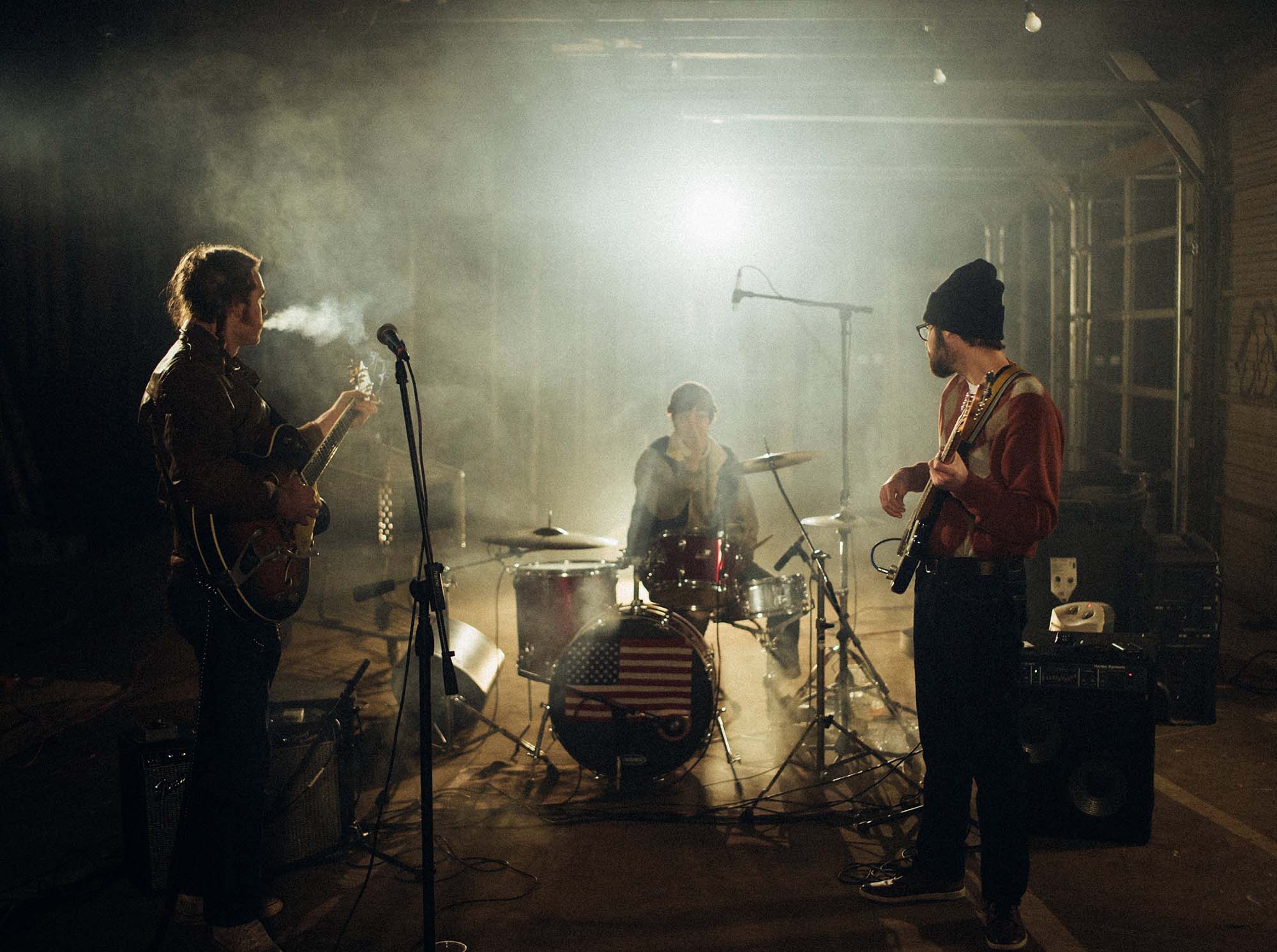 Formed when members – Grant Curless, Wils Quinn, and Shawn Reynolds – were freshman in high school, Johnny Conqueroo’s early EP’s saw them writing long, grungy blues jams, spiraling in and out of swampy dirges as the band played what they felt, acting on instinct in a fervent rock’n’roll endeavor. The trio naturally shied from prototypical indie or hipster leanings, focusing instead on downtrodden street stories inspired by Southern surroundings.

The band’s 2018 EP, Haint Blue, was a mature expansion, without abandoning their roots. Challenged by producer Duane Lundy (Ringo Starr, Vandaveer) to pursue a collection of thematically similar material, Haint Blue tells an Appalachian tragedy of sorts, twining together stories of men and women in downward spirals, becoming homeless, being falsely accused of crimes and knocking on the door of purgatory like a ball of barbed wire.