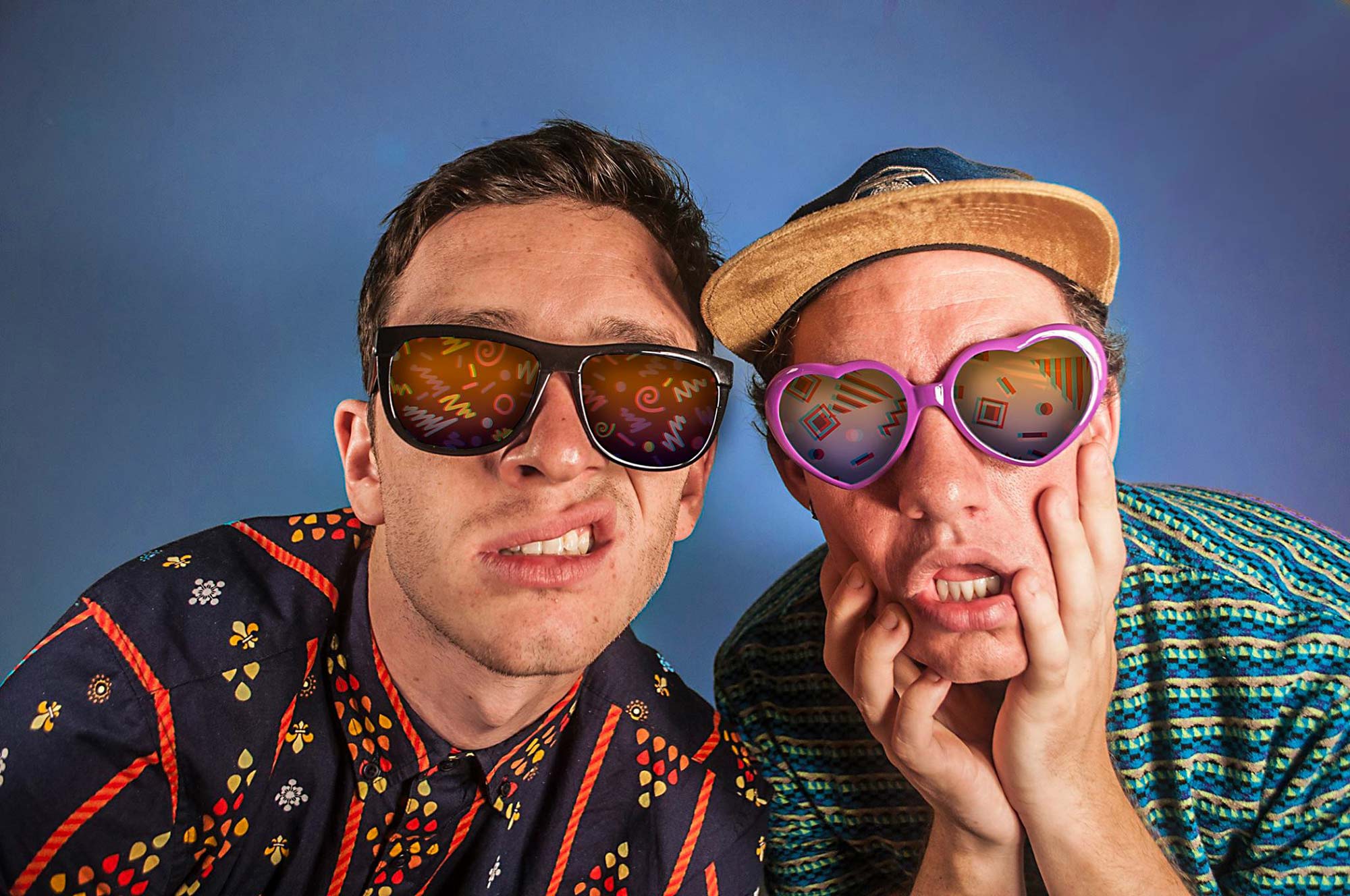 “On their debut album, Buddha the Beast, Little Stranger uses hip-hop beats as a foundation for a kaleidoscopic array of sounds. Channeling everyone from the Gorillaz to Beck to the Beta Band, the duo, John and Kevin Shields, layers disembodied vocal samples, laid-back synth pop, Coldplay-style wide-screen grandeur, and, yes, the occasional blast of swaggering rap over tight, funky beats.”

Born and raised in Philly and crash-landed in Charleston, John and Kevin Shields are the core members of the quirky indie hip-hop group Little Stranger. Performing live as a duo, Little Stranger is a fresh hybrid of John’s singer-songwriter magnetism and Kevin’s hard hitting, in-your-face delivery. Stylistically reminiscent of Gorillaz and Twenty One Pilots, Little Stranger inhabits a relatively unexplored niche at this point in time. They’re all about originality, every song is a separate work unto itself with all the strangeness that their name implies.

Though the band is relatively new, John and Kevin Shields bring years of experience to the table. With previous bands, they’ve played with names like Slightly Stoopid, Del the Funky Homosapien, Grace Potter, Papadosio, The Heavy Pets, and John Brown’s Body. Little Stranger was quickly recognized at home, named “Hip-Hop Act of the Year” in the 2016 Charleston City Paper Music Awards and listed jointly as one of “17 People to Watch in 2017” in the Charleston Indie blog, Out of the Wood-work. They’ve toured up and down the East Coast and recently released a string of eclectic music videos to their fans. With an ever-increasing arsenal of new tunes, Little Stranger is poised and ready to make 2017 a big year.