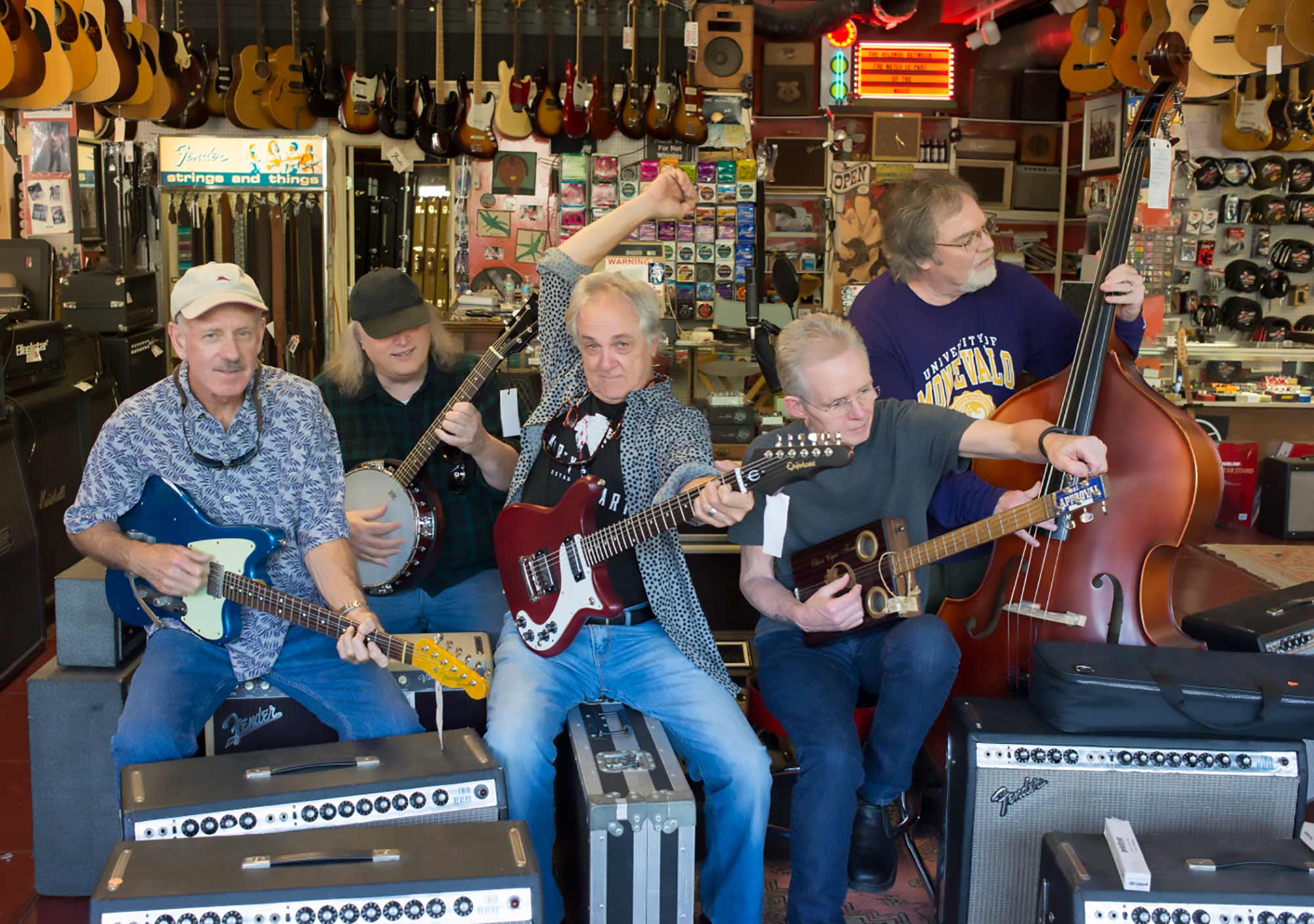 In 1971, in a dusty little five room farmhouse shack outside Montevallo, Alabama, five young and determined musicians mixed Buffalo Springfield/CSNY harmonies with SanFran jam band instrumental acrobatics, firmly establishing fresh territory in the palette on Southern live music. Built on a core of ringing guitars, honky-tonk piano and slinky pedal steel guitar, the band took the name Dogwood, from the tiny unincorporated town just down the road. Small shows at the nearby college and dances at local high schools soon led to several years of touring, playing clubs, colleges, and the occasional opening slot for national acts, primarily in the Southeast. The group’s five year run spawned a grateful, solid fan base, and a catalog of original tunes that join the best of today’s Americana standards with their genesis in that rich musical epoch.

More than forty years later, those tunes live again in their originators, all working players who went on to further decades’ renown as contributors in Alabama’s subsequent live music heritage. Recent hours in Birmingham’s WorkPlay studios have allowed these now-polished craftsmen to achieve an album of 15 unique tracks, to fuel fevered memories of hay field hippies from across the Nixon-era South– an energetic live set by the founding members of Dogwood at Secret Stages is a new generation’s best bet to experience an authentic (and surprisingly relevant) slice of historic regional counterculture.