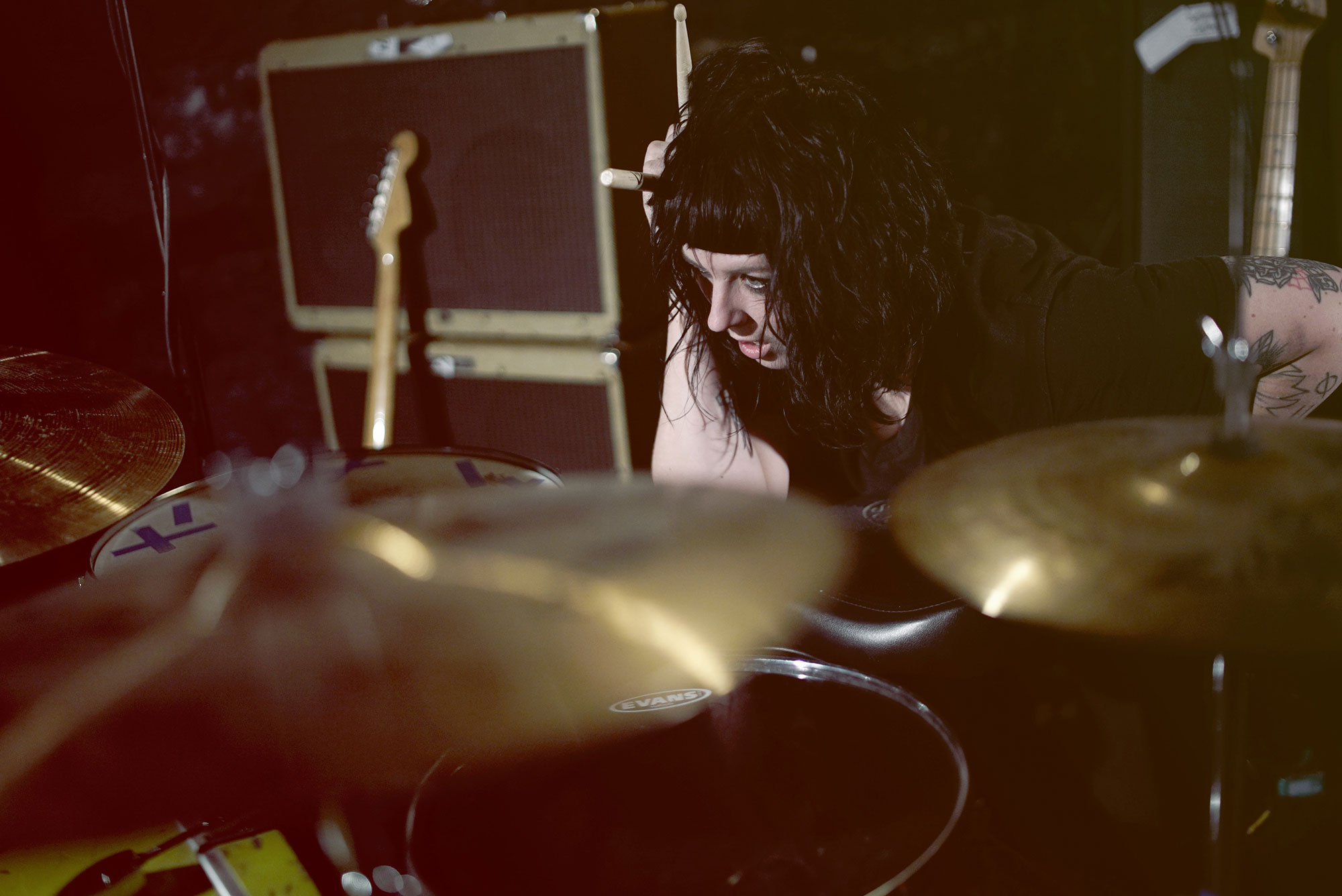 “Kylee Kimbrough is an unbelievable badass.”

In 2014, after about two years of quickly making a name in Atlanta for their searing sounds, and landing a Jagjaguwar deal along the way, Dasher leader Kylee Kimbrough suddenly split town for reasons that went un-named, but jarringly apparent as you hear the sweltering violence in her volcano-wide screams and drum bashings. So in 2015, it was off to couch surfing in Bloomington, Indiana, home to Dasher’s label, closer to family, and away from a scene Kimbrough still loves dearly.

“It was really hard to leave Atlanta,” she admits. “It’s also a little hard to talk about because some of the reasons felt embarrassing to me. I have always struggled with basic life stuff, like holding down jobs, managing money, and getting stable housing. I lived in a friends laundry room in the back of an apartment for a while. I have sought therapy and psychiatric help for several years trying to figure out why my brain couldn’t grasp things that it seemed like everyone else was getting.” And isn’t music the perfect art for ephemerally evoking all the shit inside that you can’t explain in any “normal” fashion?

So Kimbrough’s sound stoppage wasn’t going to last long. Within six months, she’d settled into Bloomington’s burgeoning scene and scraped together a brand new lineup to enact an even more desperately vicious version of Kimbrough’s aims — that being a blistering, midnight drag race of dark, other-wordly fury, goth ghost wailing, and sticky-kick psychedelic garage rock. Dasher songs new and old have finally been smelted down into their debut album, Sodium, out on an inevitably steamy day this July, on Jagjaguwar. -Eric Davidson, New Bomb Turks