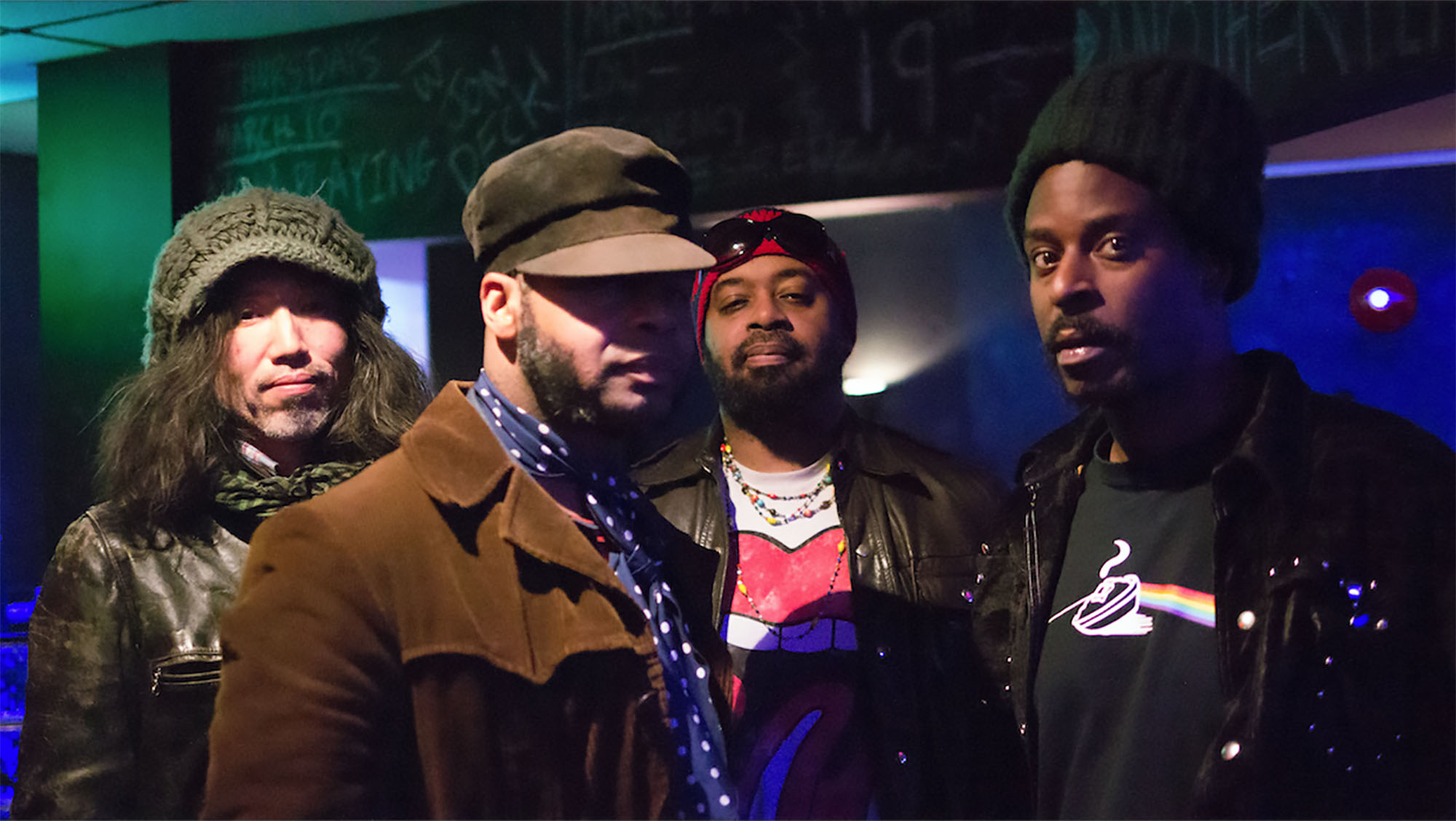 “A reply to anyone who thinks that soul is missing from the indie-rock scene.”

Daniel and Danny Chavis are natives of Raleigh/ Chapel Hill, North Carolina and East Village residents for the past 28 years. They are also co-founders of the groundbreaking band The Veldt, along with drummer Marvin Levi, who lifted their band’s name from a Ray Bradbury science fiction story. Musically reared in the church and juke-joints of their native southern state, the twins have been performing since they were children, listening to music that included gospel, Motown and Pink Floyd.

In their early days, the Chavis brothers making a name for themselves playing throughout the south at a time when fellow southerners REM and Superchunk were securing major label deals. As more black rock bands (Living Colour, 24/7 Spyz) began selling records and gigging throughout the world, The Veldt was courted by various labels, including IRS Records and Capitol.

Initially signed to Capitol Records in 1989, The Veldt embarked on a musical journey that changed their lives. Soon, they were in the studio with dream-gaze guru Robin Guthrie working on their debut Marigolds, playing American concert halls with Cocteau Twins, working with A.R. Kane, and opening for The Jesus and Mary Chain in England. The Veldt were a sensation from the start as they became a part of a movement of innovators who came of musical age at a time when rhythmic rebels were reflective, gritty and wild. Their sound inspired future generations of alternative artists, including TV On the Radio.
In 1991, The Veldt were featured in multiple national magazines as “bands to watch” including Spin Magazine and this Artist Profile feature on MTV.
“CCCP” from Marigolds (1992, Stardog)

They switched labels and Mercury Records released Afrodisiac in 1994. Their single Soul in a Jar was an underground hit.

As the brothers moved to expand their musical language, fusing more electronics into their soundscape, they retired the “Veldt” name and, for various reasons, began recording and touring under under the name Apollo Heights. In 1999, the Chavis brothers met bassist Hayato Nakao, who would become their permanent partner. Their music was loud, exploring color, space, sensuality and beat driven melodies with rhythmic and dynamic tension. Daniel’s falsetto vocals cast a contrast upon the wall of sound created by Danny’s heavy rock dreamscape guitar and Hayato’s pounding and licentious beats.

Although The Veldt had signed to two major labels after leaving Mercury Records in 1995, the brothers decided to remain indie and self-released their 2008 album White Music for Black People. “The major labels were always trying to get us to change our sound, our look or both,” Daniel laughs. “But, we had no interest in being the next Lenny Kravitz or Tony! Toni! Toné! Unfortunately, not everyone shared our vision. We weren’t trying to be rock stars, we just want to play our music and pay our rent.”

Apart from Robin Guthrie and A.R. Kane, who produced ‘And It’s You’ from this EP, they have collaborated with TV On The Radio, Mos Def and Lady Miss Kier (Deee-Lite), and have shared the stage with The Pixies, Throwing Muses, Echo & TheBunnymen, Cocteau Twins, Manic Street Preachers, The Jesus and Mary Chain, Oasis, Living Colour, TV on the Radio, and most recently with The Brian Jonestown Massacre.

In 2017, The Veldt are back with their new EP “The Shocking Fuzz of Your Electric Fur: The Drake Equation” which will be released on Schoolkids Records on June 2nd, 2017 worldwide! European and US Tour coming this Spring and Summer, more details to follow!